On the morning of Thursday 27th February we welcomed Chef James Sherwin to visit with our Year 9 Food Technology students. The groups have been focussing on their ‘three layer dessert topic’, which linked well to James’ live cooking demonstration, where he showcased his talent by sharing two of his favourite dishes with the students. Both classes were really engaged during the visit and enjoyed trying some unusual flavour combinations, especially the burnt white chocolate dessert with celeriac and pumpkin. After tasting the dishes, the students were encouraged to describe the plates using key words linking back to their study.

James currently has a successful restaurant called ‘Wild Shropshire’ which is located at Tern Hill Farm House and is soon to open an establishment in Whitchurch. He is well known for his seven course tasting menu and has appeared on BBC’s Country File. During the talk, he also explained to the students that he produces his menus from foraged and local seasonal produce. James commented; “The hospitality industry is in decline, so it is nice to be able to visit schools and try to inspire the next generation of chefs. It is a very rewarding industry and a great career which allows a lot of creativity”.

We would like to thank James for his time and giving our students the opportunity to find out more about being successful in the food industry. 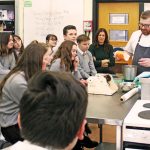 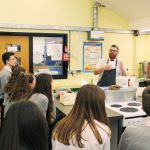 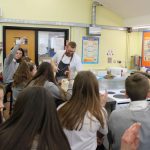 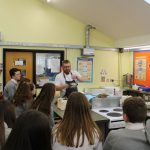 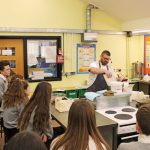 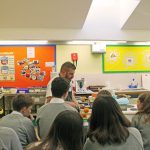 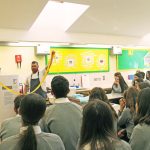 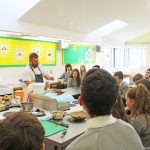 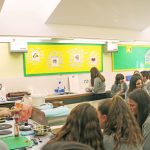 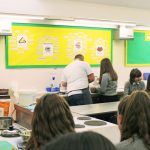 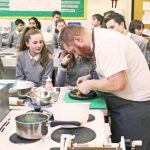 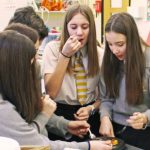 Posted by marchesadmin on 2nd March 2020, under SJT