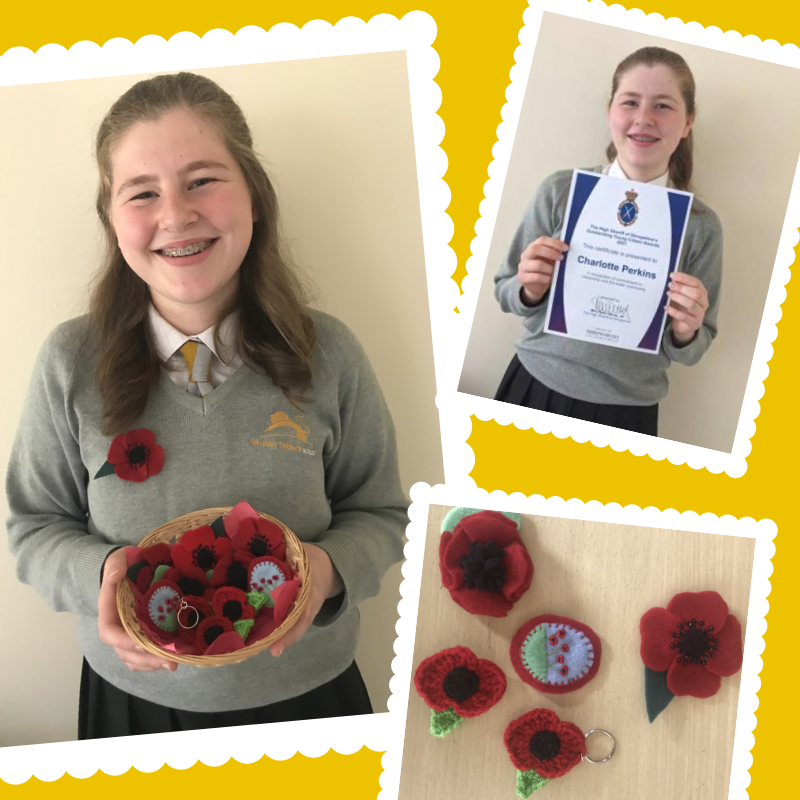 Year 10 student Charlotte Perkins was nominated by Miss Owens, Year 10 Progress Leader, for her outstanding achievements in the community. Despite the challenges of fundraising last year Charlotte raised over £150 for the Royal British Legion Poppy Appeal by making and selling crochet and felt poppies which were wonderful and popular with staff and the local community. In the past Charlotte has also been involved in raising funds for her local football club and school team. Well done Charlotte, a brilliant achievement!

You can watch the recent awards ceremony that took place virtually on Thursday 18th March in the video below. Charlotte’s segment appears at ~09:30.

Posted by marchesadmin on 26th March 2021, under SJT