Students from Sir John Talbot’s School, Whitchurch; The Grove School, Market Drayton and The Marches School, Oswestry who are all part of The Marches Academy Trust family of schools had a successful evening at the recent Young Enterprise Awards.

After selling their products at trade fairs over the past few months and recently attending, a ‘Dragons Den Style’ presentation day, where the students discussed their Young Enterprise experience and presented their business to a panel of experts. After much anticipation, the groups were invited to attend the Young Enterprise Awards Evening, which took place on Thursday 2nd May. The event was to celebrate the achievement of all 22 Young Enterprise groups from the area with 29 awards for various criteria. The evening was attended by over 200 students, teachers, business professionals and sponsors.

Team ICan who were representing Sir John Talbot’s School, won the first award of the night the ‘Green Award’ for the most sustainable and eco-friendly product, in recognition of their up cycled Tin can products. The award was presented and sponsored by the Co-op. They were also shortlisted for the ‘Social Enterprise Award’. Mr Richards, who runs the group, also won an award as ‘Best Centre Lead’ in Shropshire, which was sponsored and presented by Telford and Wrekin Council – this particular award was nominated by the students.

The Grove School was represented by team Picturesque who were nominated for three awards: ‘Online Marketplace’, ‘Best Use of ICT’ and won the award for ‘Best Report’. The Grove School students were also asked to present at the awards evening itself, where they gave a very professional and polished performance, so much so that they were awarded 2nd place for their live performance.

Three teams represented The Marches School: Grow ‘n’ Co, Vintology and ReTuned, who were all nominated for at least one category each, with Vintology and ReTuned making their way onto several shortlists. Students from ReTuned came away with the award for ‘Most Innovative Company’ whilst Vintology won the ‘Best Customer Interaction Award’.

The Young Enterprise programme challenges students to set up and run their own business idea. During the initiative, students develop skills, knowledge and experience which have a long term impact on their lives and careers.

Mrs Sarah Longville, CEO of the Marches Academy Trust, commented:  “All the students from schools within The Marches Academy Trust were a real credit to their individual schools, representing them fantastically. Each of the groups have really embraced the Young Enterprise Challenge and as a Trust we are incredibly proud of all their hard work this year learning about the world of business and developing skills which will prepare the students for the future world of work”. 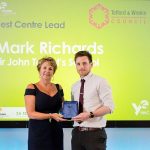 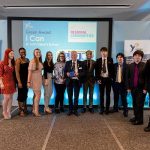 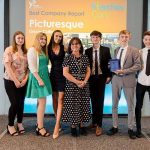 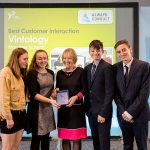 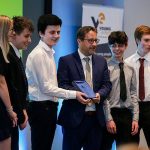 Posted by marchesadmin on 14th May 2019, under SJT