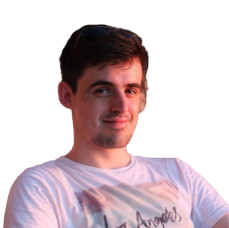 Jack was a student at Sir John Talbot’s School for his entire secondary school career, sitting his A Levels in Maths, Physics, Biology and Chemistry in 2010, and excelling in all.

In 2019, Jack headed to South Africa to work on the multibillion-pound radio telescope project known as the ‘Square Kilometre Array’, contributing to astrophysics research by increasing our knowledge of super-massive black holes and how they shape our galaxies. Before leaving for Pretoria, Jack spoke to students and guests at Sir John Talbot’s about the ‘invisible universe’ and advised our sixth formers on the university pathway.

Here at Sir John Talbot’s School, we have been lucky that Jack has kept in touch with us, supporting our students with a series of talks, with personal statements and as an expert voice with some tricky A Level projects. Recently, Jack has shared an article which he published on black holes with our A Level students across the Marches Academy Trust and continues to support us with UCAS applications for Physics.

We have created the Jack Radcliffe Award for Physics in Jack’s honour and he visited us with his wife Dhita to present the inaugural trophy.

Dhita, herself a highly successful strategist and consultant, was kind enough to deliver an inspirational talk to our sixth formers about empowering women.

Jack will always be a valued member of our community, and we hope to see lots more of him (and Dhita) in the future.

Professor Matthew Watson – Professor of Political Economy at the University of Warwick.

Matthew attended Sir John Talbot’s School from 1981 to 1988. Inspired by his time studying economics in the Sixth Form, he went to university to deepen his interest in the subject. Since leaving the school more than thirty years ago he has kept in touch and visited us many times. 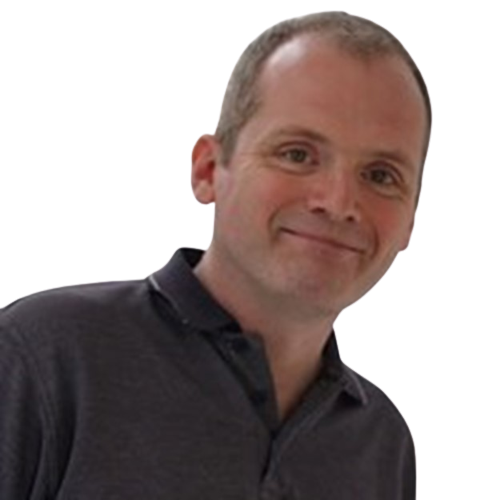 Matthew trained as an economist and now teaches in a politics department, and conducts academic research in the field of intellectual history. Previously he worked at the University of Birmingham, where he had studied for his PhD in the 1990s. For the last fifteen years he has been a Professor of Political Economy at the University of Warwick. In addition, between 2013 and 2019 he held a prestigious UK Economic and Social Research Council Professorial Fellowship for his research project, ‘Rethinking the Market’.

We have been lucky to benefit from Professor Watson’s expertise over the years, and he has delivered many talks on a range of topics that have taken our sixth formers outside their comfort zone. Our students love to hear him speak and his talks inevitably end in a lively debate on topical issues of current affairs.

Matthew recently attended our annual awards evening as our guest speaker, where he enthused not only our students but also members of the wider community. It was amazing for our students, their family members, staff and governors to hear from, and be inspired by, an ex-student in this way.

Robert was a student at Sir John Talbot’s School before reading Geography at Oxford University. Having qualified as a chartered accountant, he began his career at Andersen. Robert was then a Director of Reg Vardy plc between 2001 and 2006 where he held the roles of Finance Director and Managing Director. He and his team then founded the Vertu Motors group in late 2006 through a cash shell float in AIM. Vertu Motors plc is now the fifth largest automotive retailer in the UK employing over 6000 people with a network of 154 sales outlets across the UK.

The Group incorporates the Bristol Street Motors, Vertu Motors, Macklin Motors and Vertu Motorcycles brands across the UK, offering a wide range of cars, vans, and bikes – selling over 170,000 of these in 2019. The dealerships have featured in the press to share the impressive achievements of Vertu. You may have seen Robert being interviewed on Sky News, This Morning, BBC Breakfast, The Bottom Line on BBC Radio 4, and Question Time Extratime on Radio 5 Live.

In August 2021, an unrecognisable Robert featured in an episode of ITV’s Undercover Boss. Following this time spent amongst his employees, he decided to enhance maternity pay and introduce programmes to stop a lack of ‘confidence’ from blocking career progression.

Away from work, Robert is a family man with two daughters and a son. He is also a passionate supporter of Burnley FC. He continues to support Sir John Talbot’s School through his role as a Trustee of the Marches Academy Trust. Robert has been a guest speaker at our Festival of Education and given his time to our sixth formers, telling the story of his own journey to success, whilst showing them what can be achieved with vision, hard work and determination.

Stuart was a student at Sir John Talbot’s School from 1982 until 1989 studying A levels in Maths, Economics, Design and General Studies. He was also our head boy at this time! He then went on to complete a BSc in Banking & Finance at Cardiff University, before embarking upon a highly successful career in banking.

After leaving Cardiff Stuart joined the graduate programme at Barclays Bank and went on to work for three other banks across the world. He has worked in Swansea, Manchester, Glasgow, London, Sydney and Singapore.

He joined HSBC in 2005 and has over 25 years’ experience in corporate and investment banking having been involved in over 100 deals globally.

Stuart recently relocated to Singapore as Head of Global Banking, South Asia with responsibility for Global Banking teams in India, ASEAN, and Australia, in addition to joint risk and control responsibility across the Asia Pacific region. He is also Global Head of Real Assets Finance, responsible for client coverage, financing and advisory for a range of infrastructure/renewables sub-sectors and HSBC’s real estate business globally.

He is married to Stephanie and has two teenage daughters and in his spare time he likes travel, good wine and scuba diving.

We are delighted that Stuart has remained in contact with our community since leaving Whitchurch.