Over half-term, Sir John Talbot’s and The Marches School took 37 students on a Netball Tour to Italy. Even though it rained for four days, which resulted in activities being changed, students and staff had an amazing time and the students were a real credit to their schools.

Upon arrival, students were given some free time in rainy Venice; they explored the city and had the opportunity to sample some of the local cuisine. On Tuesday, students received Netball coaching where staff commented on how talented our students were. On Wednesday it rained again, but this did not stop the group going to a local zoo, which was followed by some shopping and a pizza evening. The girls then took part in a full tournament on the Thursday, where all  students got through to the semi-finals and the Under 15’s came runners up in their competition, which was a brilliant achievement! The girls finished the day with a disco and did not want to leave the dance floor.

Thank you to  Mrs Newey, Miss Lloyd and Mrs Bladen, (The Marches) who gave up their holiday time to make this such a memorable trip for all that attended. 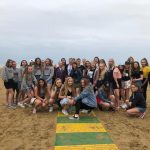 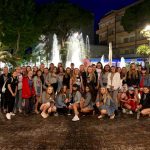 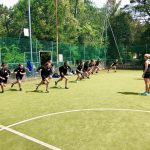 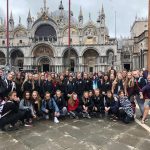 Posted by marchesadmin on 7th June 2019, under SJT